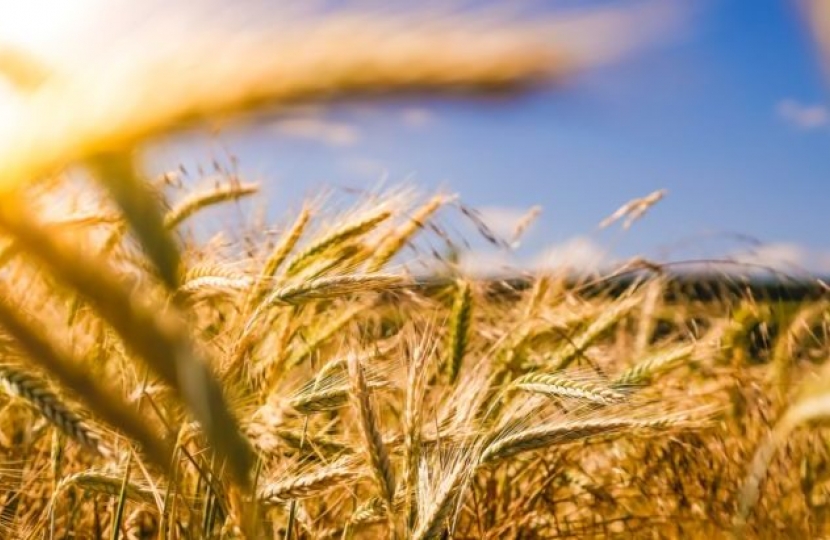 Predictably, politically motivated people are trying to portray this yet again as the Government watering down animal welfare considerations or food quality standards. Once again nothing could be further from the truth and as someone who has always been vociferous in support of maintaining the UK’s reputation for the highest animal welfare considerations and in support of our farmers who produce the best quality food and drink in the world I would not have supported this legislation if that was the case. So to be clear once again the Agriculture Bill that we have just passed will do nothing to reduce our already high thresholds in these areas. The amendments were in fact asking the UK to do something well beyond even what the EU has done.

I know that my constituents and all British consumers want high welfare produce and if our trading partners want to break into the UK market, they should expect to meet those standards. The manifesto I stood on was clear that in all trade negotiations, our high environmental protection, animal welfare and food standards will not be compromised. The Government will stand firm in trade negotiations to ensure any deals live up to the values of our farmers and consumers. Nothing has changed to undermine that commitment that I have repeatedly given.

I am pleased that all food coming into this country will be required to meet existing import requirements. The EU Withdrawal Act will transfer all existing EU food safety provisions, including existing import requirements, onto the UK statute book. These import standards include a ban on using artificial growth hormones in domestic and imported products and set out that no products, other than potable water, are approved to decontaminate poultry carcasses. Any changes to existing food safety legislation would require new legislation to be brought before Parliament.

The Trade and Agriculture Commission has now been launched which will ensure that the voices of the public and industry are heard, and that their interests are advanced and protected. It will advise the Government on how Britain can remain a world-leader in animal welfare and environmental standards, and how we can seize new export opportunities for our farmers.

However what has been overlooked is that if the amendments had been passed there could have been a very detrimental impact on many of the poorer countries in the developing world and it could have made it virtually impossible for them to continue to export food to us. These are countries for whom agricultural produce is absolutely vital and to lose our market would be hugely damaging and would completely undermine our longstanding policy to support poorer countries through our policy of committing 0.7% to overseas aid which this Government has maintained and I am proud to support.

But don’t take my word for it.

My colleague Anthony Browne, the MP for South Cambridgeshire, and a former highly respected environmental journalist, has written the following article which I would urge you to read. He explains in great detail the real damage that could be caused by those “well-intentioned but ill-thought-out amendments”. You can read it here:

As Anthony says in the article - the overwhelming weight of political opinion is against us lowering our standards. We need to keep the same high standards on food and agriculture imports as we had in the EU. And that is exactly what the Government is doing.

As usual do come back to me if you any further queries but I hope now you can appreciate why my vote on the Bill was not just the right one but absolutely vital.

My weekly video - Free School Meals and the £737,000 to West Sussex (to help with Food Banks, emergency provisions and all sorts of support for those families who most need it), the Immigration Bill, meetings in the constituency including with Cancer Research UK and much more.